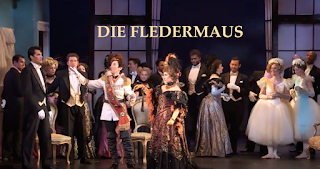 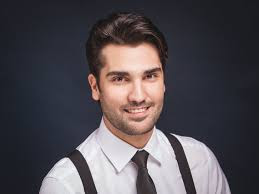 The production was underwritten in part by Donna and Richard Esteves and Andrew Martin-Weber. Alumni News: Mezzo-Soprano, Hongni Wu (Prince Orlovsky) won the Metropolitan Opera National Council Auditions in 2018 and was subsequently chosen by the Royal Opera House, Covent Garden, to participate in their Jette-Parker Young Artist Program making her debut there as Flora in Richard Eyre's production of La Traviata; as Sibel in Faust and as Mercedes in Barrie Kosky's production of Carmen. She also performed the title role of Phaedra in the Royal Opera House’s Linbury Theatre. For the 2019/2020 season, Ms. Wu performed the roles of Karolka in Jenůfa, Tebaldo in Don Carlo and Second Lady in Die Zauberflöte. https://hongniwu.com/ Tenor, Jonathan Tetelman (Gabriel von Eisenstein) has been described by the New York Times as "a total star." Mr. Tetelman made his debut at the Royal Opera House, Covent Garden, as Alfredo in La Traviata in 2020 then returned there to portray Rodolfo in La Bohème and went on to perform the role with Semperoper Dresden, Teatro Regio Torino and Seattle Opera. He made his role debut as B.F. Pinkerton in Madama Butterfly with Opéra National de Montpellier and performed the title role in Werther with the Gran Teatro Nacional del Perú. 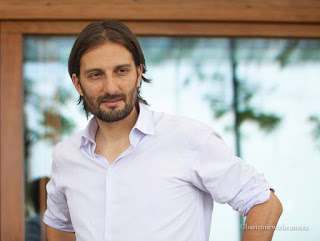 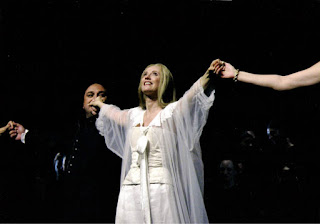 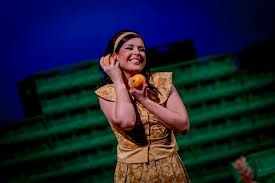